Are you into earth moving machines? Heavy equipment is used in various construction applications and is essential for keeping your heavy duty work on schedule.

These powerful machines are the most reliable and strongest heavy-duty construction equipment.

Made primarily in the US by Caterpillar Case Tractor Company and John Deere, these machines are for move large amounts of dirt on an open tract of land.

With a broad and flat blade in front that can be moved in limited depths or angles, bulldozers are useful for industrial applications like waste management, construction, and farming.

Excavators can get around on treads or wheels and are typically used for lifting heavy machinery and shovelling dirt.

Excavators have a long bucket arm that’s attached to its cab, which pivots from left to right.

The size of excavators ranges from compact or mini, to standard and midi or full-sized machines.

Komatsu is the 2nd largest manufacturer of large machinery.

Skid steer loaders are the most versatile in this heavyweight construction class, able to turn within its own space like a tank.

Perfect for small spaces or where the building process is being finished and there’s not much room to move.

Skid steer loaders are mounted on tires to increase traction and reduce soil compaction, making it suitable for mud or snow. Its tread system is ideal for avoiding damage to any construction areas already finished.

John Deere is a well-known manufacturer of this type of machinery.

These machines, while smaller than some others used in large-scale ground engineering services, require safety training for the licensed use of forklifts, etc. Like all Machines of this size and use, safety management training is also necessary.

Their adjustable long blade is used at different angles to achieve a flat surface. In some cases, it can have a second blade in front of its front axle to pre-work the ground.

Motor graders are necessary for preparing the base course of roads before placing the asphalt and are also useful for producing V-shaped drainage or sloped surfaces with cross-sections.

Komatsu from Japan is one of the best-known manufacturers of this machinery.

Backhoe loaders, with their tyre mounted bodies, are typically used in suburban areas.

They’re a smaller and versatile version of dipper shovels that became an essential machine for constructing large-scale highways and undergrounds. 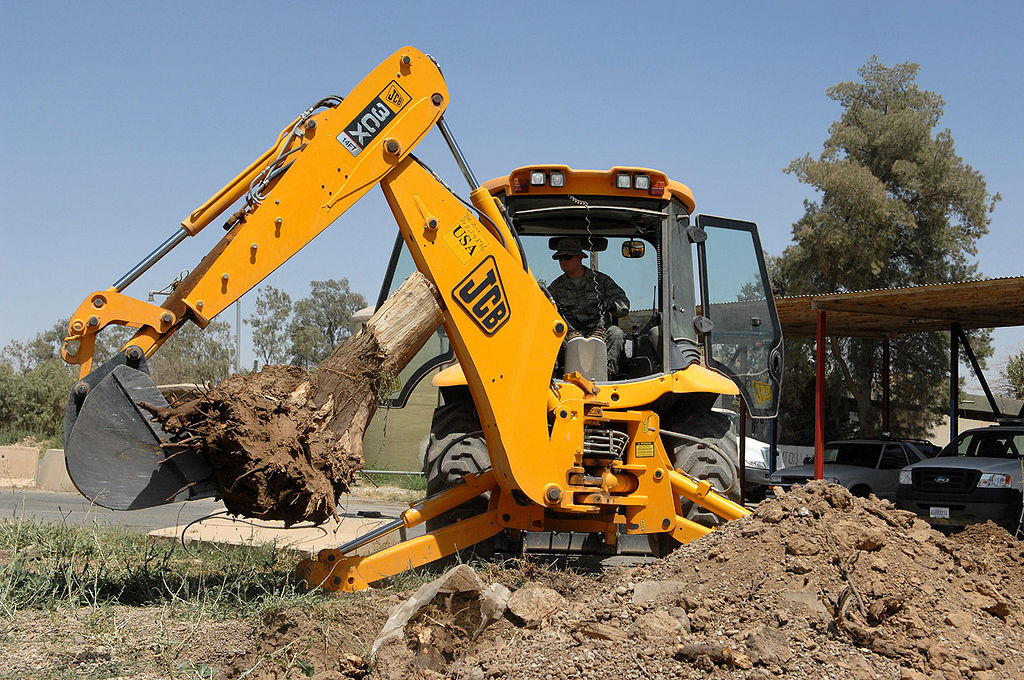 They have similarities with tractors, but the main difference is their adjustable shovel in front and a bucket at their rear for digging.

These medium-sized loaders are perfect for small spaces and smaller jobs like digging trenches, positioning pipes, and shifting dirt.

Other machinery can be attached for various tasks, making this piece of heavy equipment quite impressive.

Heavy machinery is fascinating, with some behemoth’s wheels being bigger than an average man. With such powerful machines, construction will continue to move ahead at speed and with relative ease.